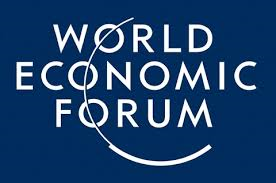 and the poor in the world.
On the occasion of the Economic Forum in Davos. Davos incidentally is one of the most expensive places in the world.

All panelists are highly educated and experienced, and luminaries in their fields.

A moot point of discussion was whether the gap between the world’s rich and poor was widening. Given the fact that already 50% of the world’s wealth was held by 1% of the population.

Christine Lagarde proposed a multi-point solution to the problem. Ms. Lagarde has previously been Commerce minister and Finance minister of France. In her role in the IMF, she is often seen to be part of, and driving high profile negotiations. Photos that get released in the media often have her as the only female presence among men in stiff suits.
Her proven skills and experience and training for her job on one side, she also makes it a point to regularly speak about women empowerment and issues and rights. Lending the weight of her office an persona to these in a positive manner.

Winnie Byanima proposed tax reforms and better implementation of tax laws, several times. Perhaps it stood out in a discussion where everybody had multi-pronged solutions. But if she was trying to get at least one point to sink in, then she was successful. Indeed she quoted the figure of tax evaded in trillions of dollars. If you think about the issue deeper for example, tax evasion and corruption do go hand in hand, and corruption is highest in poor countires. As ED at Oxfam, a Ugandan national educated in UK and now living in NYC, I suppose she a more real understanding and sympathy of what she was talking about.

Let me branching off from this panel discussion on the rich disproportionately controlling the world’s assets and wealth, holding on only to the point of taxation – in the sense  – Corruption is a big issue in India now, as well wealth stashed away illegally abroad. This situation is true of many countries in the world. Ms. Lagarde has been in controversy earlier when she suggested that if Greeks paid up their taxes there would be less problems.
I thought it was interesting that both women had expressed their opinions for better tax implementation. That’s essentially they want to crack the whip somewhere. Both also have shown support to underprivileged groups.
Perhaps women will save the world after all.

In conclusion, I also thought that it was interesting that correctly or wrongly illegal wealth is linked to Swiss accounts. And here we are in Davos.

2 thoughts on “BBC debate in Davos”