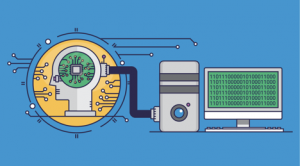 Meta learning is a subfield of machine learning where automatic learning algorithms are applied to metadata about machine learning experiments. As of 2017 the term had not found a standard interpretation, however the main goal is to use such metadata to understand how automatic learning can become flexible in solving learning problems, hence to improve the performance of existing learning algorithms or to learn the learning algorithm itself, hence the alternative term learning to learn.
For the machine learning version of meta-learning, the general idea of “learning how to learn” is applied to AI systems. In the AI sense, meta-learning is the ability of an artificially intelligent machine to learn how to carry out various complex tasks, taking the principles it used to learn one task and applying it to other tasks. AI systems typically have to be trained to accomplish a task through the mastering of many small subtasks. This training can take a long time and AI agents don’t easily transfer the knowledge learned during one task to another task. Creating meta-learning models and techniques can help AI learn to generalize learning methods and acquire new skills quicker. END_OF_DOCUMENT_TOKEN_TO_BE_REPLACED

WHAT IS RPA?
Robotic Process Automation (RPA) is considered as a revolution in the field of business automation. It is the use of software robots (bots) with Artificial Intelligence (AI) and Machine Learning to carry out some high-volume tasks, which were carried out by humans earlier. RPA is used to streamline business operations, to automate standard business practices, and to reduce costs.

Three broad categories of RPA are classified into three:

Probots: Probots are bots that follow repeatable rules to process data.
Knowbots: User-specified information is gathered and stored using Knowbots.
Chatbots: Chat bots are virtual agents who can respond to customer queries through chat in real-time.

Artificial Intelligence, also termed as machine intelligence, is a machine that thinks and works like a human. AI performs complex tasks like problem-solving, speech recognition, etc. Machine Learning is a method of data analysis that automates the analytical model; it is like teaching a computer how to make an accurate prediction when fed with any data. Advancement in machine learning (ML) and artificial intelligence has paved the way for Intelligent Automation (IA).
END_OF_DOCUMENT_TOKEN_TO_BE_REPLACED

Linear regression and logistic regression.
Logistic Function
It is also called as a sigmoid function. It is an S-shaped curve as shown in the figure.
It can map numbers into the values between 0 and 1.
1 / (1 + e^-value)
Here, e is the base of a natural algorithm.

Binary output variable: It will calculate the probability of an instance which can be 0 or 1.
Logistic regression is planned for a two-class classification problem.

Remove noise: There should be no error in the output variable, removing outlier and misclassified data from the input data is necessary.

Gaussian distribution: It is a linear algorithm, Data transforms of the input variable
That better discover this linear relationship can produce a more accurate model.

Application of logistic regression:
• It can be used for image categorization and segmentation.
• It is used for the image processing of many applications.
• It is used for handwriting recognition.
• In the healthcare industry for analysis of millions of people for myocardial infarction within a period of 10 years.
• Reconstructing the budget of organization or industry.