A hurricane is a type of storm called a tropical cyclone, which forms over tropical or subtropical waters.

A tropical cyclone is a rotating low-pressure weather system that has organized thunderstorms but no fronts (a boundary separating two air masses of different densities). Tropical cyclones with maximum sustained surface winds of less than 39 miles per hour (mph) are called tropical depressions.

What is Global Warming?

Global warming is the slow increase in the average temperature of the earth’s atmosphere because an increased amount of the energy (heat) striking the earth from the sun is being trapped in the atmosphere and not radiated out into space.

The earth’s atmosphere has always acted like a greenhouse to capture the sun’s heat, ensuring that the earth has enjoyed temperatures that permitted the emergence of life forms as we know them, including humans.

Without our atmospheric greenhouse the earth would be very cold. Global warming, however, is the equivalent of a greenhouse with high efficiency reflective glass installed the wrong way around.

Two massive volcanic eruptions, one year after another placed so much black dust into the upper atmosphere that little sunlight could penetrate. Temperatures plummeted. Crops failed. People died of starvation and the Black Death started its march. As the dust slowly fell to earth, the sun was again able to warn the world and life returned to normal.

Global warming is adding more moisture to the atmosphere, providing more fuel for big storms like hurricanes. But tropical cyclones are extremely complicated. How much can we really link them to human-induced climate change? It depends on the link.

The key connection is that between sea surface temperatures and the power of hurricanes. Without going into technical details about the dynamics and thermodynamics involved in tropical storms and hurricanes the basic connection between the two is actually fairly simple: warm water, and the instability in the lower atmosphere that is created by it, is the energy source of hurricanes. This is why they only arise in the tropics and during the season when SSTs are highest.

SST is not the only influence on hurricane formation. Strong shear in atmospheric winds (that is, changes in wind strength and direction with height in the atmosphere above the surface), for example, inhibits development of the highly organized structure that is required for a hurricane to form. In the case of Atlantic hurricanes, the El Nino/Southern Oscillation tends to influence the vertical wind shear, and thus, in turn, the number of hurricanes that tend to form in a given year. Many other features of the process of hurricane development and strengthening, however, are closely linked to SST.

On the other hand, Swanson (2008) and others noted that Atlantic hurricane power dissipation is also well-correlated with other SST indices besides tropical Atlantic SST alone, and in particular with indices of Atlantic SST relative to tropical mean SST. 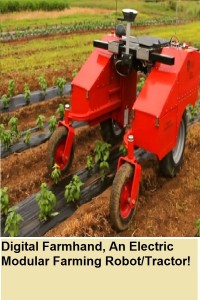 The effects of climate change become more dramatic every year. As humans, we are experiencing changes in temperature and extreme natural disasters are sweeping across the world. Plants and animals are also affected by the changing climate, with delicate species at risk and crops dying in extreme heat and drought.
How Robots Are Helping in the Fight Against Climate Change
Universally, robot developers and researchers are using their passion for robotics to help the environment. One robot won’t solve all our problems, but together we can all work to make a difference. Here are the examples of robots fighting climate change. END_OF_DOCUMENT_TOKEN_TO_BE_REPLACED